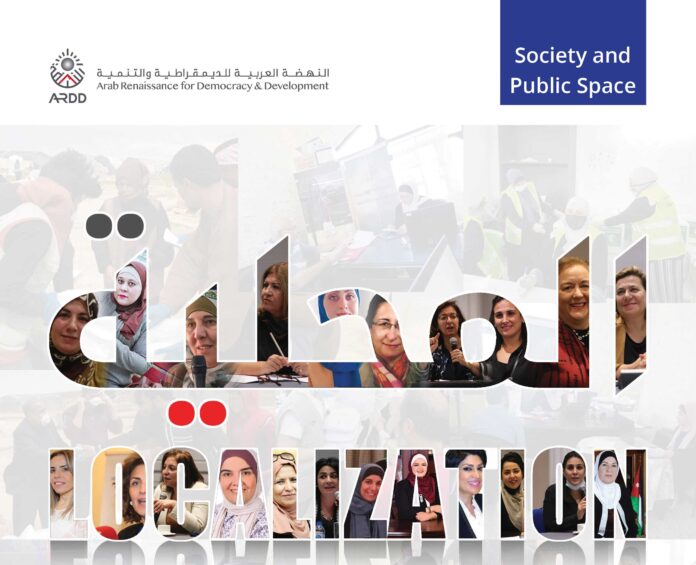 The Arab Renaissance for Democracy and Development (ARDD) has launched a position paper, titled “Localizing the Gender Agendas”, calling on the local organizations to strive to reach decision-making positions at all levels and to set their priorities in their agendas in line with the concerns and needs of the communities they represent and help, and not be content with back seats and the role of the implementers only.

The position paper’s launch comes in line with this year’s theme for International Women’s Day, “Women in leadership: Achieving an equal future in a COVID-19 world”.

ARDD’s position paper sheds light on the work concerned with gender programming and advancing women’s rights in the country context. It explores the understanding of and approaches to gender programming and methods used to promote women’s rights. It documents experiences of women-led organizations working on women’s rights in selected countries in Africa, Asia and the MENA region, and the lessons learned from the undertaking of making issues appropriate to a country and its culture. The paper studies the examples of countries from regions with similar cultural contexts and that face similar issues. It also reviews donor policies and the approaches of aid organizations that support the women’s rights movement and implement feminist agendas. Most of the research on women-led organizations that have been published recently has been commissioned by international actors. ARDD’s paper is an attempt to add a voice from a local actor’s perspective.

The paper criticizes the impact of unbalanced power relations between international agencies with relatively high levels of resources and authority on the world stage, and local organizations, which often leads to a feeling of having entered an “unequal partnership”, and the mission drift of the local organization during crisis and, over time, to the local organizations losing their identity, as well as of the current funding system, which is unreliable at a time funding is most needed, subject to growing transaction costs and suffering due to the power dynamics between patrons and their clients.

One big challenge faced by the local NGOs is access to sustainable funding, especially in view of the high level of competition among these local organizations. Another challenge is the fact that INGOs provide project-based funding, while they should invest in capacity building as well.

The report called on donors and governments to place the needs and priorities of local actors as a central objective, and for funders to act as active agents that collaborate to support local priorities, not make decisions on their behalf.

It also called on donors and international organizations to show greater awareness of the way they practice, of their privileges and of some prejudices they might have, to show confidence in the ability of local actors to understand the needs of their communities and to adopt programs that work to meet these needs and achieve the desired results. It stressed that finding the right pace and strategies in the implementation of local agendas is a delicate balancing act that national and local actors are better equipped to execute. Gender equality agenda can be supported from outside but needs to be driven and led from within, asserts the paper.

At the same time, the paper asked that local and international organizations exhibit greater transparency and accountability and called on women-led organizations from the South to come together, show solidarity and be willing to act together while building a solid support base in their countries. These organizations, the paper believes, must strive to be well informed and willing to be critical of their partners. Solidarity amongst them is crucial if they wish to be able to stand up to their international partners and make them more accountable for the manner in which they deliver on their commitments.

While International Women’s Day calls for women to assume more leadership roles and decision-making positions in local and national contexts, the paper stresses the need for better representation of women from various intellectual and cultural backgrounds, the need to listen to them with a holistic view and to take in the critical local voices that strive to tackle local issues, and to refrain from dictating agendas that do not have full consensus in their communities. Gender justice is one of the foundations of the renaissance. However, a true renaissance can only be achieved if it meets the consensus of local communities and makes their aspirations come true while refusing to follow foreign models in a local context. Download Position Paper [English] [Arabic]