We are activists representing and supporting civil society organisations in different countries, for South-South and triangular Cooperation, around the world, who are a vital third sector next to the state and the market. We believe in the sustainable growth of independent and accountable local civil society organisations, which provide humanitarian assistance and development support. Generally, we see such organisations also being committed to democratic societies with equality and social justice. This is in line with the Universal Declaration of Human Rights. We have been encouraged by the commitments made to ‘localisation’ under Agenda for Humanity, Grand Bargain and Charter for Change that came out of the 2016 World Humanitarian Summit. We believe in healthy collaborative relationships that support the existence and growth of independent, sustainable and accountable local and national organisations, certainly in aid-recipient countries. 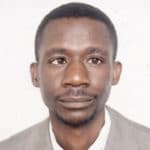 Gershom Kabaso is a Social human rights activist, developer, and agent of change. He has over twelve years’ experience working with people, communities, Social movements and organizations at all levels from national, regional and global. Working on issues related to peace building, human rights, Social protection, developmental work and Solidarity work. Thus, to transform human interactions in changing world’s view. Skilled in social mobilization, citizen journalism, social research, events management, team playing, and leadership strategies. Studied Social Work, Sociology and Project Management from the University of Zambia (UNZA) and Bachelor of Arts degree in Development studies at University of South Africa (UNISA). He has been trained in leadership and society by African Leadership King College in London and Kenya. Knowledge of human rights and law in Africa at the Centre of Human Rights based at University of Pretoria in South Africa. Gershom has participated in several professional training courses workshops and seminars globally related to his area of work. Current National Coordinator for the Zambia Social Forum (ZAMSOF) and Founding Executive Director of the ACEMS MISSION,Inc Interdominational development agency and Humanitarian services in metropolitan places. Effective Member and National Focal Point for the Least Developed Countries (LDCs) for Zambia Coordinated by the LDC Watch International secretariat based in Nepal and Belgium. Gershom served as the regional coordinator for Southern Africa Social forum (SASF) between 2009 to 2012.CSOs local mobiliser for Southern Africa Development Community People’s Summit that takes place annually in country where SADC Heads of State are meeting. Coordinator for Zimbabwe Solidarity Forum (ZSF) in Zambia coordinated by ACTION Support Centre based in South Africa. Chairperson for Network Coalition Building (NCB) under Zambia Civil Society For Poverty Reduction (CSPR), Board member for Media Network on Child Rights and Development (MNCRD).
Email: gersheek@gmail.com 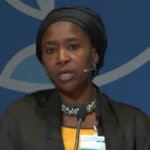 Fatima Imam, Nigeria Founder Executive Director Rehabilitation Empowerment and better Health Initiative (REBHI) an organization that aims to promote and protect women’s rights, empower women and girls through livelihood and psychosocial support. Fatima is a member of FIDA and had served as Chairperson Borno Chapter where she advocated for women and girls, in particular survivors of Sexual and gender-based Violence. She is also the Director Legal Affairs Network of Civil Society Organizations in Borno State. Fatima has engaged extensively in the humanitarian response in the Northeast region, making presentations on region specific context in various national and international fora, She is the civil society representative on the Advisory board of the Nigerian Humanitarian fund.
Email: fatimaimambrussels@gmail.com
Facebook: https://www.facebook.com/REBHINITIATIVE/ 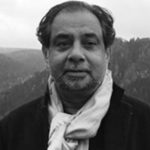 Marvin Parvez has twenty-eight years of experience in humanitarian relief, development, and advocacy in Asia, Europe and the Pacific. He is highly skilled in managing programs of large, multinational teams in multicultural, multi-faith and conflict-affected surroundings. He has been a part of successfully developing, designing, and implementing small to large scale emergency programs in multi-agency coordinated environments, with funding from a variety of government, foundations, and public sources. Marvin is also highly experienced in lobbying, advocacy, and resource mobilization. He has long-standing interests in setting quality and accountability standards, visibility and image building, as well as donor relations and networking.

Marvin has been a strong & committed voice for just, dignified and equal partnerships between northern and southern NGOs.  Marvin believes that if partnership paradigm is not changed & worshiping of brands & bottom-lines replaced by dignified & empowering partnerships, the whole sector and specially large northern NGOs will experience decline and lose credibility.
Email: Marvin@cyber.net.pk
Website: https://communityworldservice.asia/ 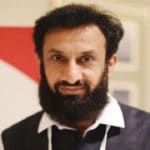 Mr. Muhammad Amad has master degree in political science from Peshawar University. He has started his professional career as lecturer in political science and then was selected as assistant collector by provincial government. He had been a volunteer social worker in community since graduation and initiated social reform organization with fellows in college. He switched to social sector during his PhD research and started his carrier as program manager and then selected as an executive director in IDEA organization in 2008, he was extended as ED for the second turn. He served in all emergencies (natural, conflict and complex) in KPK & FATA, Pakistan. He designed and implemented a number of projects to reach out needy and marginalized segment of the society. He contributed in the establishment of National Humanitarian Network (NHN) since its inception in 2010; NHN is a network of 172 humanitarian organizations across Pakistan. He was elected to serve as provincial chair for the period of 2011-15,then central executive member from 2015-2017 and finally elected as Chair of NHN in July 17. He is an advocate of localization of humanitarian action; he is in the advisory board of UN Humanitarian Pool fund in Pakistan, member of Humanitarian country team and a regular contributor to UN strategic policies and Plans. He is a member of realization team for START Hub in Pakistan. He contributed to the civil military protocols in complex emergency and part of Humanitarian Access Working Group. Further more, he is endorsee C4Cs and member of GNDR and PHAP.  He is co chair with Lieutenant General Omer Mehmood Hayath NDMA chairman for Pakistan Resilience partnership(PRP). He is director on the board of Omar Asghar Khan Centre for Development (OAKCD) and designated by provincial government as member of senior citizen council in 2016. He represents national civil society at different national and international forums and in meetings with government, UN and donors.
Email: amad@idea.org.pk
Website: www.idea.org.pk 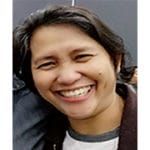 Regina “Nanette” Salvador-Antequisa is the founding Executive Director of the Ecosystems Work for Essential Benefits, Inc. (ECOWEB) and convenor of the Community Led Emergency Action Response Network (CLEARNet) in the Philippines. She has been in peace and development work for over 25 years. She actively advocates for a survivor and community-led approach in crisis response. She has been engaged in local and national policy advocacy on the issues of disaster, poverty, conflict, environment and governance. At the global level, she was engaged in ensuring local voices in the SDG2030 and currently on the Localisation of Aid. She is also representing the Victims of Disaster and Calamities sector to the a member of the national council of the Philippine National Anti-Poverty Commission (NAPC) which is under the Office of the President. She is co-chairing the Local Poverty Reduction Action Team in Iligan City – a body against poverty created by the government. She also represents ECOWEB in various peace and development special bodies from local to national level in the Philippines. Aside from founding ECOWEB, she has helped in organizing a number of developmental non-government organizations (NGOs), network of NGOs and sectoral organizations. Partnership building and pooling of resources to support peace and development programs and projects are among her strengths.
Email: nanet.antequisa@gmail.com, nanet.antequisa.ecoweb@gmail.com
Website: www.ecowebph.com   www.ecowebph.org 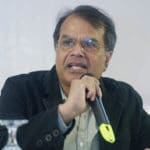 He has started development work with a job as a Field Coordinator in Mass Education Program of Noakhali DANIDA project during 1982, he worked in the project for 9 years, his last job as Training and Communication Advisor of Project Advisory Team of the project. In the name of same position he worked two years in RD9 project of EU in Rangpur. For a brief period he worked as Assistant Scientist in ICDDR,B, in Dhaka. During 1992 he gone to Charfassion, Bhola Island in Bangladesh with a job with a mission to make a project of INGO to make it nationalized and establish an independent NGO. Where the present organization COAST has formed during 1998, he is managing the organization as Executive Director till now. COAST (www.coastbd.net) is working in coastal islands and districts of Bangladesh including Rohingya response in Coxsbazar. COAST has especial consultative status with UN ECOSOC, and it has received certification from HQAI (www.hqai.org, ) Geneva.
Email: reza@coastbd.net
Website: www.coastbd.net

Adv. Samar Muhareb is the cofounder and the CEO of Arab Renaissance for Democracy and Development – ARDD, a Jordanian NGO which she cofounded in 2008, in response to the Iraqi Refugee Crisis. Having worked as a lawyer and aid worker in many international organizations, such as Oxfam-GB for many years prior, she realized that one of the most urgent needs refugees and marginalized individuals and communities face is access to justice regardless of status. With over 15 years of experience in working for the international aid community, she developed experience in the field of human rights, refugee affairs, humanitarian response and women’s empowerment in Jordan and the Middle East. In addition, she actively supports initiatives focusing on environmental justice in the region. She has been recognized for her efforts towards furthering social justice and strengthening the role of civil society, and was awarded the TAKREEM Arab World Young Entrepreneur Award in 2011. In addition she is currently a board member of the START Network, Greenpeace Mediterranean, the Southern Refugee Legal Aid Network, a member for the Scientific Committee for the Queen Aliya Award, a member of the special committee of the Royal Court’s Human Resources Development initiative, and was also selected as a delegate member to the Arab League under a new initiative to represent the work of civil society in the humanitarian field. She holds a B.A. in Law and a Master’s Degree in Human Rights and Human Development from the University of Jordan.
Email: muhareb@ardd-jo.org
Website: https://ardd-jo.org/ 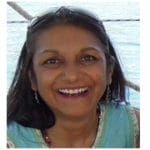 Smruti Patel is the founder of Global Mentoring Initiative (GMI), focused on promoting localization and on creating mentoring platform to accompany organisational capacity strengthening of local and national NGOs. She has been working in and on humanitarian action since 1995. Formerly, the Head of Services and Certification at Humanitarian Accountability Partnership International, she has expertise in accountability and quality management in humanitarian action. She was one of the authors of the Tsunami Evaluation Consortium’s study on the Impact of International Response on Local Capacities. In the run up to the World Humanitarian Summit she lead the engagement of local and national NGOs in Asia, Africa and the Middle East to create a global network to raise the profile of their role in humanitarian and development work, and demand an equal voice in the global policy debates and increased funding. She was appointed as Interim Executive Director of the network (NEAR), which was launched at the World Humanitarian Summit in May 2016.
Email: spatel@gmentor.org
Website: www.gmentor.org 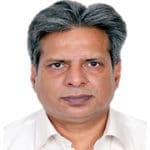 Sudhanshu S. Singh, an Indian humanitarian and development professional with over 28 years global experience, is founder and CEO of Humanitarian Aid International (HAI). HAI aims to become first Indian organisation, working outside India with the Indian identity on poverty alleviation and disaster management. Sudhanshu has worked with several international organisations at the Asia-Pacific level, and has been involved in managing responses to almost all major disasters in the Asia-Pacific region since 2001. Sudhanshu has been engaged in many key global processes defining and reforming the humanitarian architecture. Presently, Sudhanshu is closely engaged in the localisation process, which has been triggered through Grand Bargain, one of the key outcomes of the World Humanitarian Summit, held in Istanbul in May 2016. Sudhanshu is also member of the coordination group of Charter for Change, which is another international process to strengthen local and national humanitarian actors. As CEO of HAI, Sudhanshu is also trying to develop an alternative humanitarian architecture in India, which is based on Indian resources and independent of international assistance.
Email: sssingh@hai-india.org
Website: https://hai-india.org/